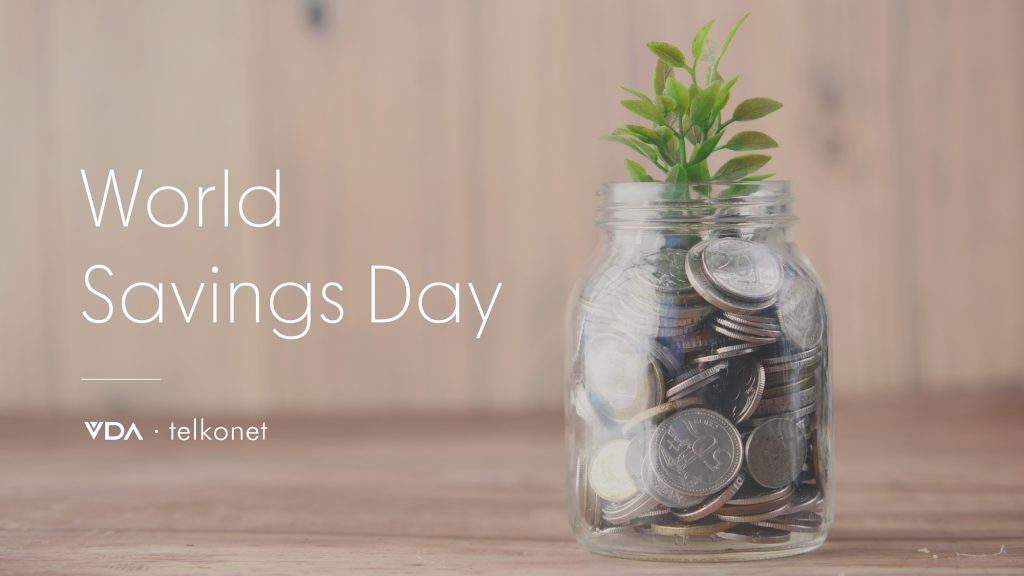 Happy World Savings Day to our colleagues the world over!
The idea of a country selecting one day to promote its citizens creating savings accounts was promoted by Spain and the US in the 1920s. It was an effort to promote a higher standard of living for its citizens, and thus strengthen their economies.
“World Savings Day” came about in 1934 by an Italian professor in Milan as a way to encourage citizens to save for the future, particularly by using formalized banking institutions.
The concept really took off after World War II when it was critically important for countries to strengthen their economies.

In some countries (such as Germany) it is a national holiday, and they promote the “spirit of saving”. (As a fun aside, Austria has an official mascot of saving, the the’Sparefroh’-literally “’Happy Saver!”, or “Save happily!”)
Importance of Saving for Troubled Times
The economic recovery post-pandemic is a perfect example of why savings is critical. This applies to small businesses, large conglomerates, as well as the overall economy, even in wealthier countries.

Promote Savings in developing countries
Personal savings accounts can actually help break the cycle of poverty. Even modest amounts build up over a lifetime. The National Bureau of Economic Research report suggests that poor households with access to savings accounts are more likely to invest in education, increase productivity and income, and reduce vulnerability to illness and other unexpected events. Those are some powerful reasons to promote investments in the future.
There are major challenges to opening banks in some countries around the world. It’s not just a matter of finding a building and opening its doors to the public. In rural areas, for example, brick and mortar buildings can be far away in bigger cities, inaccessible to rural inhabitants. I love innovative ideas, and if the larger “we” harness technology and innovation along with public and private partners, we can make it a reality.
Providing a means to save security allows people to guard against risks, build assets, and provide opportunities for the next generation.

When one wins, we all win. We’re in this together.

In an EMS, occupancy-based control systems sometimes use the opening and closing of doors as…

Sleeping occupants: that’s where light level sensors can be of tremendous benefit. Even PIR sensors…