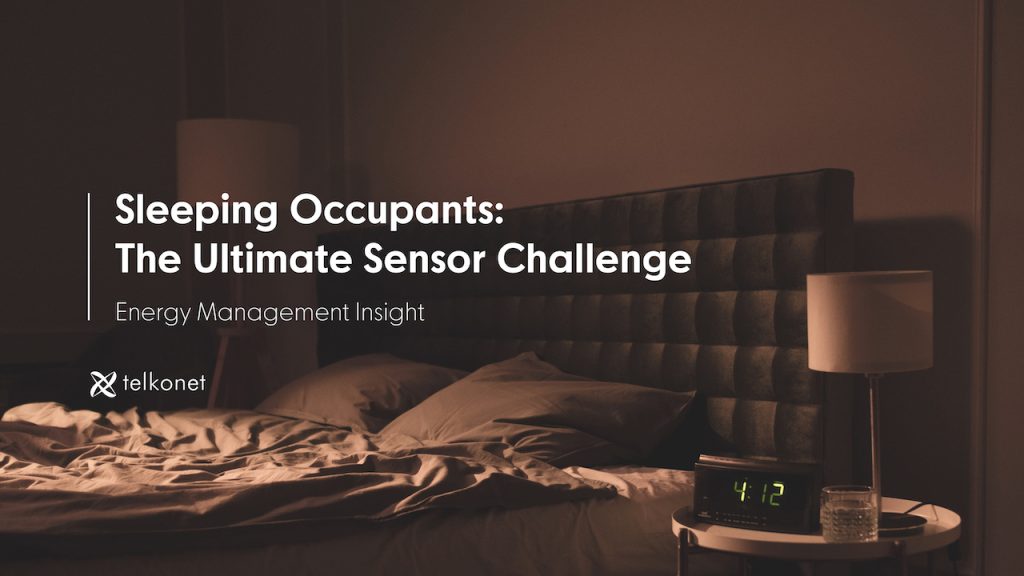 Sleeping occupants: that’s where light level sensors can be of tremendous benefit. Even PIR sensors that are calibrated to extreme sensitivity can benefit from knowing whether it’s day or night.

Pretend you are a guest in a Hotel. You turn in at 10:00 PM. The thermostat in your room features PIR occupancy sensors but no light level sensors. You’re exhausted because you’ve run a 10K marathon (bravo!), and you fall instantly asleep and do not move for hours. Your thermostat PIR sensor detects no heat or movement for a set period of time, like 30 minutes. Based on this data, the occupancy sensor determines your room to be unoccupied, and the temperature will drift away from setpoint. You awaken to a hot room in which the a/c has been turned off. You are about as hot and sweaty as you were in mile 8 of your run. And you are NOT pleased. The front desk gets an earful from you.

Now pretend you’re in that very same scenario, except the thermostat features a light level sensor in addition to the heat/motion sensor. Your thermostat detects no heat or movement for that defined 30 minutes just like in the previous scenario, but before allowing the temperature to drift it consults one additional piece of data: light level in the room. If the light level is low, it could indicate nighttime and sleeping guests, so it extends the set period of time to detect occupancy, allowing extra time to detect heat or movement. After this extended time, if no heat or motion is detected, THEN the temperature is allowed to drift.
Light-level sensors are the supporting cast. They’re not the main character, and the story could be told without them, but they contribute to an enhanced, holistic, more enriched experience.

Telkonet Inc. lands in Europe with plans to become a strategic technological partner to face the rising energy costs

Telkonet Inc. lands in Europe with plans to become a strategic technological partner to face the rising energy costs

In an EMS, occupancy-based control systems sometimes use the opening and closing of doors as…